Unsolicited phone calls (Robocalls ) are a long-standing problem  and still plaguing people and organizations, there is no day is gone where people receive unsolicited  duct cleaning calls, calls related to tax and Canadian Revenue Agency (CRA) accounts and many more. Now a group of researchers from North Carolina State University (NCSU ) set up a telephony honeypot and tracked robocall behaviors and tried to analyze these calls for the purpose of answering popular questions such as answering a call will increase es the amount of unsolicited calls, and others questions. The NCSU researchers said that t hey ran 66,606 telephone lines over 11 months (between March 2019 and January 2020), during which time they said to have received 1,481,201 unsolicited calls even if they never made those phone numbers public. 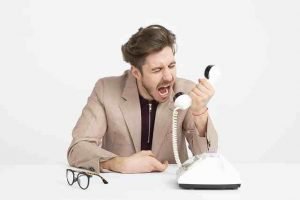 The team discusses their findings in a paper sponsored by USENIX and provide information on state of existing detection and mitigation techniques and call for more data driven studies of the phone network.This paper is included in the Proceedings of the 29th USENIX Security Symposium and can be downloaded here.

The research team said that most of the robocall traffic came in sudden surges they called “storms” that happened at regular intervals, suggesting that robo-callers are operating a tactic of short-burst and well-organized campaigns. They also found no evidence that answering unsolicited calls increases the amount of unsolicited calls received, overturning popular belief .

For further information, download and read the research paper here.